Marianne Boesky Gallery is pleased to present The Vanishing Point, an exhibition of new work by Diana Al-Hadid. This is the artist’s first solo exhibition with the gallery.

Al-Hadid creates sprawling sculptures of seemingly impossible architecture. Born in Aleppo, Syria and raised in the US, Al-Hadid’s work crosses cultures and disciplines drawing inspiration from myriad sources including art history, ancient invention, science, science fiction and myth. Formal allusions span from a Gothic cathedral turned on its spires, to the maze of the Minotaur winding between the keys of an organ, to Brueghel’s Tower of Babel imploding upon itself, to the soaring water clock of 13th Century inventor Al-Jazari, to the theater of the Surrealist muse Gradiva, the preceding evidencing the increasingly present figure in Al-Hadid’s work.

While architectural reference persists within Al-Hadid’s new sculptures, it becomes more layered and obscured, acting as a foundational element that she intertwines with suggestions of the figure or landscape. In this new body of work the artist looks to the medium of painting, mining the Renaissance and Mannerism for their depiction of perspective. Al-Hadid investigates the two-dimensional picture plane within the three-dimensional space of sculpture. The result is an almost reverse trompe l’oeil effect in which she creates and exploits the inherent flatness of the canvas, propelling the sculpture into the realm of painting. The geometry of the vanishing point is readily discernible in the wall piece installed in the main gallery which derives its imagery from Raphael’s cartoon for the tapestry Christ’s Charge to Peter,1515-1516. Al-Hadid further merges painting and sculpture by literally imbedding the work in the gallery walls; its white draped figures appearing ghost-like on a stonework grid that invites the viewer in and through the sculpture.

This convergence of line and form perhaps appears most dramatically in At the Vanishing Point, which originates from The Visitation, a fresco by Jacopo Pontormo, c. 1515. The pronounced absence of the source painting’s figures emphasizes the focal point of the stepped pyramidal structure nestled within an undulating mountainscape. The entire structure is supported by a series of bases that appear to disintegrate where they meet the floor through a multitude of incised lines—exemplifying the artist’s signature drips within the negative space. Al-Hadid crafts sculptures that almost defy gravity seeming to hover above their foundation, creating a recurrent contradiction between the fine attenuated lines and the mass they seem to support.

This contradiction carries through to her figures, which frequently appear halted in a state of transition, from solid to liquid as in the melting woman of In Mortal Repose, 2011 or dissolving into the stairs as in the sinking man of Suspended After Image. In the latter, the largest scale work of the show, Al-Hadid takes the detail of a robe from a 15th Century painting of The Visitation by an unknown artist in the collection of The Prado as her point of departure. As its title suggests, the 500-year-old image traverses time and imprints itself in the memory.

Al-Hadid looks back as a means of looking forward. A sense of time resonates in her work, such that her sculptures in some ways seem relics in their apparent dissolution. Yet they coalesce as much as they dematerialize, disallowing a singular moment wherein the physics of time are symmetrical. She conjures memories of vanished cities, the ruins of Babylon, the great Tower of Babel and the splendor of the hanging gardens. Like Gradiva, “the woman who walks through walls,” Al-Hadid’s deft hands move through time and space.

Diana Al-Hadid’s work is included in the collections of The Museum of Fine Arts, Houston; Virginia Museum of Fine Arts, Richmond and The Weatherspoon Art Museum, Greensboro. She has had solo exhibitions at Virginia Museum of Fine Arts, Richmond; Nasher Sculpture Center, Dallas; Centro de Arte Contemporánea, La Conservera, Murcia, Spain; Nevada Museum of Art, Reno; Hammer Museum, Los Angeles. Her work is currently on view at Mass MoCA, North Adams, MA in the exhibition Invisible Cities. She has an upcoming solo exhibition at the The Weatherspoon Art Museum, and a two-person exhibition with the work of Medardo Rosso in Venice during the 2013 Venice Biennale. She is a 2011 recipient of the Joan Mitchell Foundation Grant and 2009 recipient of the Louis Comfort Tiffany Foundation Grant, the United States Artist Rockefeller Fellowship, and the New York Foundation Fellowship in Sculpture.

Marianne Boesky Gallery is located at 509 West 24th Street, between 10th and 11th Avenues. Our hours are Tuesday to Saturday from 10am to 6pm. For further information or images, please contact Serra Pradhan at 212.680.9889 or serra@marianneboeskygallery.com 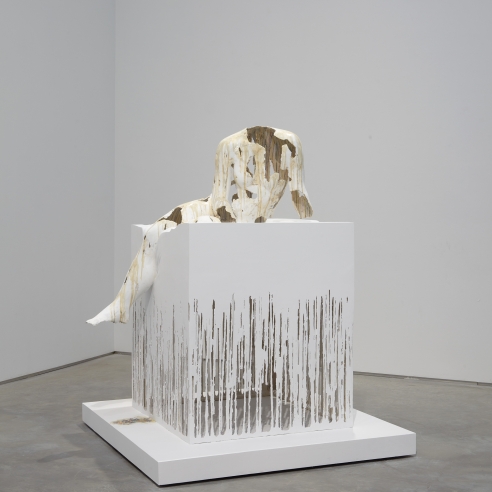 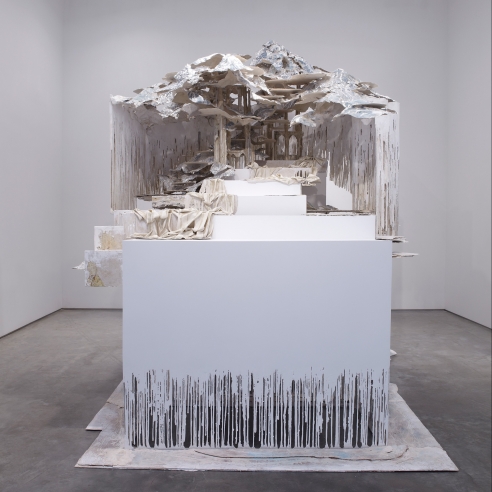 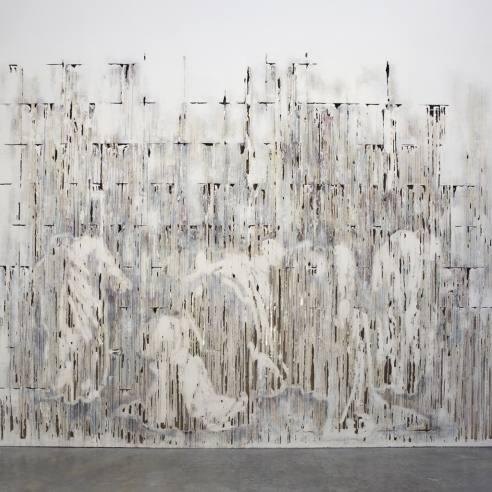 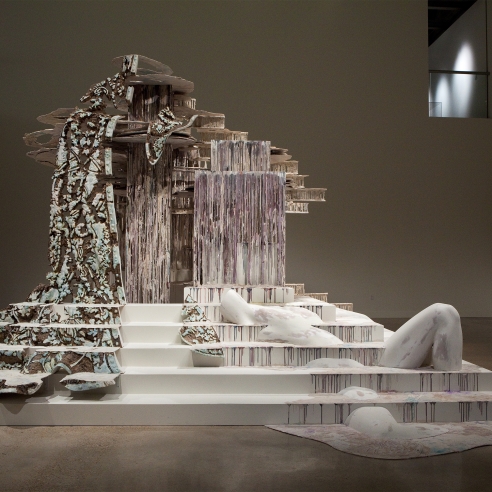