The Frist Art Museum and Cheekwood Estate & Gardens present Diana Al-Hadid: Sublimations, concurrent exhibitions of sculptures and wall reliefs by the Syrian American artist, on view in the Frist’s Gordon Contemporary Artists Project Gallery from May 24 through September 2, 2019, and outdoors at Cheekwood from May 24 through September 1, 2019. Influenced by a wide range of sources, including art, history, and literature of both Western and Eastern traditions, Islamic calligraphy, ancient architecture, and cartography, Al-Hadid creates impressionistic meditations on ruination and renewal.

Many of Al-Hadid’s sculptures appear suspended in a state of construction or collapse. “Al-Hadid’s works signify history as a pendulum between the disorder and the recuperative powers of creativity,” says Frist Art Museum Chief Curator Mark Scala. “They contain allusions ranging from archaeological excavations and sacred frescoes, mosaics, or tapestries to female bodies that often appear as if they are melting or dissolving.”

At the Frist and Cheekwood are selections from Al-Hadid’s installation Delirious Matter, organized by the Madison Square Park Conservancy for Madison Square Park in New York. The principal sculptures from that installation—at the Frist, Gradiva and Synonym, and at Cheekwood, The Grotto and Citadel—deal with feminine images taken from art history, myth, literature, and fictional female characters.

Such sculptures merge the human body with architecture and nature. At Cheekwood, Citadel takes Hans Memling’s Allegory of Chastity (ca. 1475), showing a woman enthroned or imprisoned within a mountain and guarded by fierce lions as a point of departure. “The image evokes the Christian patriarchal insistence on womanly virtue and ways of keeping women away from worldly passions,” writes Scala.

“Al-Hadid has created the constraining environment as permeable, made of slender sticks and leaflike attachments. Full of gaps and holes, this structure seems now part mountain and part clothing, and in either case too insubstantial to hold the woman in or keep the world out.”

Other works show the body in decay or disintegration. “Head in the Clouds at the Frist is a skeletal wraith, haloed like a saint and winged like an angel, who holds in her extended hand a model of Al-Hadid’s childhood home,” writes Scala. “While there are precedents of saints holding churches out as offerings to Christ, this recasts the tradition, asking what and where is home and what must be sacrificed in exchange for entering the larger world, questions more acute, perhaps, for the immigrant than the native born.” As in Al-Hadid’s other work, Head in the Clouds occupies the intersection of collapse and tensile strength, loss and renewal, decay and growth.

Al-Hadid’s broad intellectual curiosity and historical perspective may have a foundation in biography. She was born in 1981 in Aleppo, Syria, a land in which antiquity continues to have a prominent presence in both ruins and traditions. At the age of five, she emigrated to the United States with her Arabic-speaking family and grew up in Cleveland and Canton, Ohio. She now lives and works in Brooklyn, New York.

To create her sculptures and wall reliefs, Al-Hadid uses common fabrication materials such as polymer gypsum, fiberglass, and steel. “She improvises with common industrial materials to great effect and employs a freestyle process that welcomes chance,” says Scala. “Her works appear to have either grown or decayed organically with the passage of time. The title of this exhibition, Sublimations, is intended to convey a shift from one state of being to another. Is the form melting into the earth, body to ashes? Or is it rising, transformed from a solid to a gas—the scientific meaning of the word sublimation? Is this death and resurrection combined?”

Diana Al-Hadid (b. 1981) received a BFA in sculpture and a BA in art history from Kent State University (2003) and an MFA in sculpture from Virginia Commonwealth University (2005). Her work has been featured across Asia, Europe, and the United States, including exhibitions in Madison Square Park Conservancy, New York; San Jose Museum of Art, California; The NYUAD Art Gallery, Abu Dhabi, UAE; Musèe Granet, France; Federica Schiavo Gallery, Italy; Galerie Isa, India, and Toshodaiji Temple, Japan. She is a United States Artists Rockefeller Fellow, and has been awarded grants by the Pollock-Krasner Foundation and the Louis Comfort Tiffany Foundation. She was awarded the Pollock-Krasner Foundation Grant in 2007; the Louis Comfort Tiffany Foundation Grant in 2009; was named a United States Artists Rockefeller Fellow in 2009; and, awarded the Joan Mitchell Foundation Grant for Painters and Sculptors in 2011 among other awards. She was also a Jameel Sculpture Commission Finalist at the Victoria and Albert Museum in London, England, last year.

Diana Al-Hadid: Sublimations is a partnership between the Frist Art Museum and Cheekwood Estate & Gardens. A previous iteration of the exhibition, Diana Al-Hadid: Delirious Matter, was commissioned and presented in 2018 by Madison Square Park Conservancy, New York. Delirious Matter was supported in part by an award from the National Endowment for the Arts. Substantial exhibition support for Delirious Matter is provided by Marianne Boesky Gallery, Stacey Goergen, and Showman Fabricators.

The Frist Art Museum gratefully acknowledges the support of the Friends of Contemporary Art.

About the Frist Art Museum
Accredited by the American Alliance of Museums, the Frist Art Museum is a 501(c)(3) nonprofit art exhibition center dedicated to presenting and originating high-quality exhibitions with related educational programs and community outreach activities. Located at 919 Broadway in downtown Nashville, Tenn., the Frist Art Museum offers the finest visual art from local, regional, national, and international sources in exhibitions that inspire people through art to look at their world in new ways. The Frist Art Museum’s Martin ArtQuest Gallery® features interactive stations relating to Frist Art Museum exhibitions. Information on accessibility can be found at FristArtMuseum.org/accessibility. Gallery admission is free for visitors 18 and younger and for members; $15 for adults; $10 for seniors and college students with ID; and $8 for military. College students are admitted free Thursday and Friday evenings (with the exception of Frist Fridays), 5:00–9:00 p.m. Groups of 10 or more can receive discounts with advance reservations by calling 615.744.3247. The galleries, café, and gift shop are open seven days a week: Mondays through Wednesdays, and Saturdays, 10:00 a.m.–5:30 p.m.; Thursdays and Fridays, 10:00 a.m.–9:00 p.m.; and Sundays, 1:00–5:30 p.m., with the café opening at noon. For additional information, call 615.244.3340 or visit FristArtMuseum.org.

About Cheekwood
Cheekwood is a 55-acre American Country Place Era estate in Nashville, Tennessee. Built in 1929 by the Cheek family who amassed their fortune through the Maxwell House Coffee business, the estate was gifted and opened as a public institution in 1960. Today, it features 12 distinct gardens, a woodland sculpture trail, an 8,000-piece permanent art collection, and Georgian-style Mansion with historically furnished rooms and galleries. Over 225,000 visitors come to Cheekwood annually for year-round seasonal festivals, world-class art exhibitions, breathtaking gardens, and educational and public programs for all ages. A member of the American Public Gardens Association, Cheekwood is accredited by the American Alliance of Museums and is on the National Register of Historic Places. Its mission is to preserve Cheekwood as an historical landmark where beauty and excellence in art and horticulture stimulate the mind and nurture the spirit. For more information about Cheekwood, visit www.cheekwood.org. 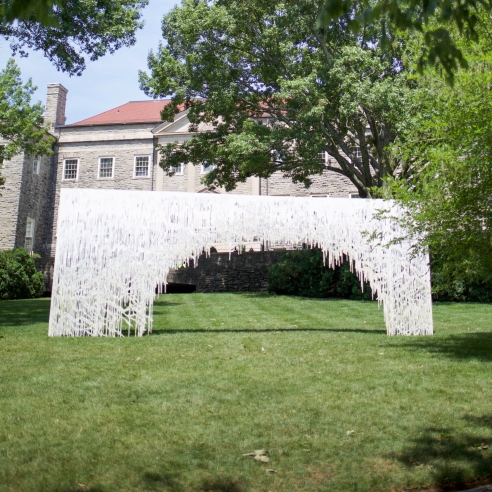 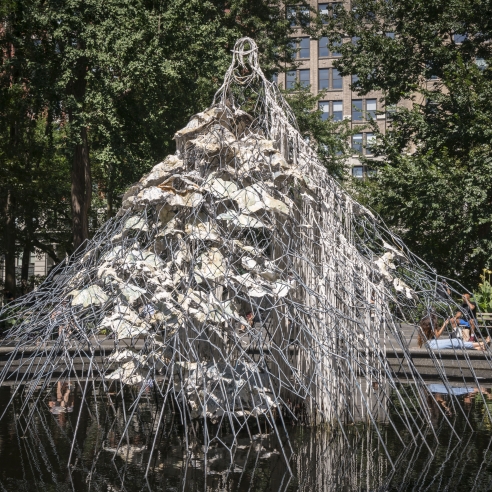 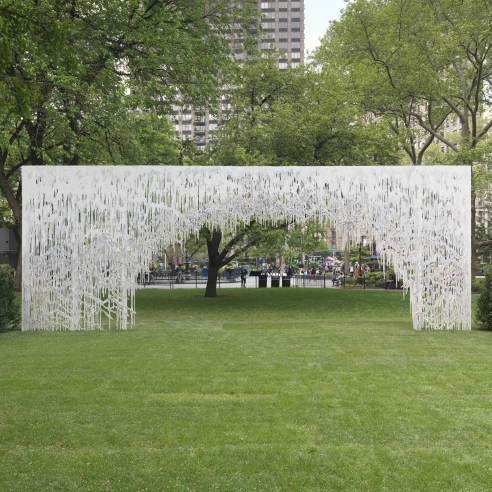 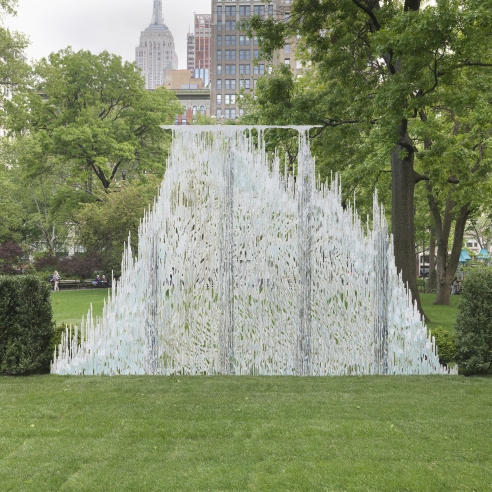 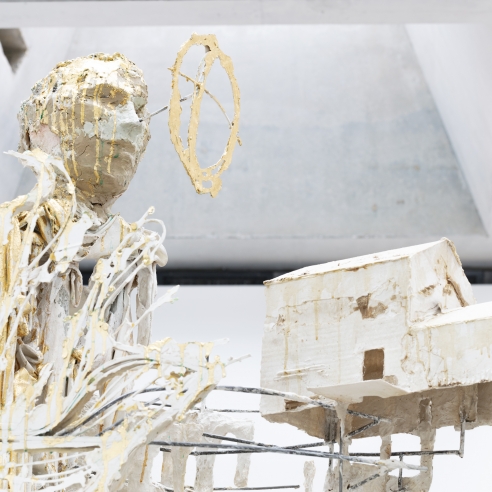